Pilots that haven't flown with a soaring flight computer system think that they will decrease safety because the pilot will be staring at the computer rather than keeping their eyes out of the cockpit.  It is my opinion that soaring flight computer systems greatly improve safety because the pilot can glance at the display and know instantly whether he/she is within gliding distance of nearby airports.

With or Without a PDA
Some of the systems below include a Pocket PC or Palm computer.  I like using PDAs in the cockpit because they offer a lot of power in small package along with a color display and intuitive touchscreen user interface.  It is great to be able to glance down at the moving map on the PDA and see reachable airports highlighted on the screen.  If you want more information you can simply touch the airport you are interested in.  However, the first time you use a PDA in sunlight you will probably be disappointed by the brightness and contrast of the display.  They contrast is not very good in sunlight.  However, many pilots have found that the low contrast is acceptable due to the amazing features available in the soaring flight software that runs on the PDA.  Another nice feature of PDAs is that they are small enough to be mounted closer to the pilot on a gooseneck or articulated arm.  That is nice for pilots that have a tough time reaching the instrument panel.

Some pilots feel that PDAs do not offer enough contrast for use in sunlight.  Those pilots will prefer soaring systems that feature navigation displays that can be built into the instrument panel (such as the ILEC SN-10 and LX7000.  The user interface is generally not quite as intuitive on those devices, but they are extremely easy to view in sunlight and offer all the functionality found in the PDA soaring flight software accessible through the use of knobs and pushbuttons.

The decision whether or not to use a PDA in the cockpit comes down to personal preference.  Hopefully future PDAs will offer better sunlight readable displays and panel mounted instruments may eventually feature graphical touchscreen user interfaces.

Building Blocks or Complete Solutions
Some of the systems below are popular because they can be purchased as components and eventually assembled into the complete systems you see below.  For example, the LX1600 and Borgelt B50 are very nice Speed-to-fly variometers that can eventually be upgraded to full featured soaring flight computers systems by adding an IGC approved flight recorder and a PDA running soaring flight software.  Also, the LX160 can be used as a simple speed-to-fly variometer and final glide computer with manual "distance to go" entry and can later be upgraded to accept "distance to go" data from a GPS and can even send flight data to a PDA for use with soaring flight software.  These "modular" or "upgradeable" systems are nice because you can buy the components over time as you can afford them.  However, as popular as these systems are, there is a minor trade-off.  The downside to this modular upgrade approach is that the final system is not as clean as a system that is purchased as an integrated or "all in one" flight computer system.  There are generally more cables and switches necessary and the ultimate reliability is therefore lower because cables fail when you don't want them to.
Product Compare (0) 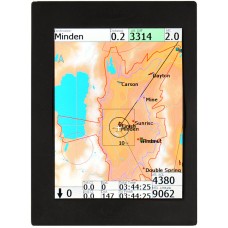 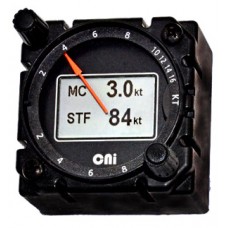 ClearNav Variometer Display with Analog Pointer and 2 Control KnobsVariometer display for use with C.. 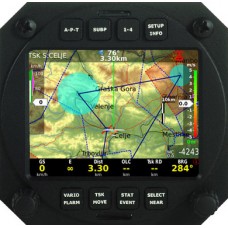 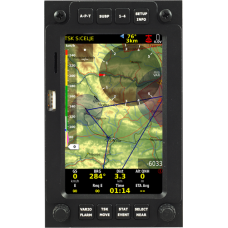 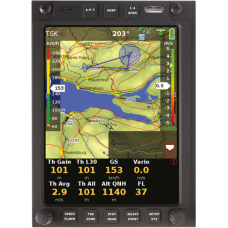 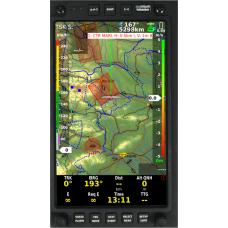 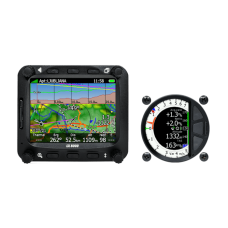 LX 8000 with V8 Variometer The LX 8000 is a high end vario navigation system with extremely bri.. 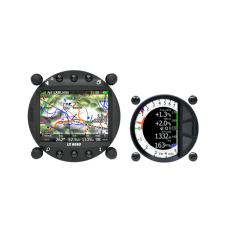 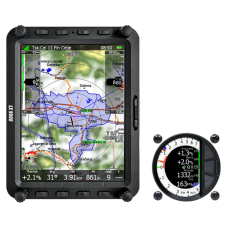 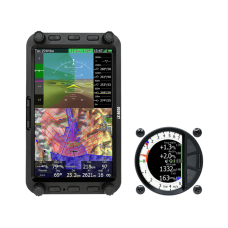 LX 9050 with V8 Variometer The LX9050 is a high end vario navigation system with extremely.. 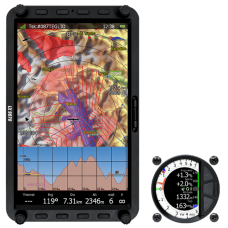 LX9070 with V8 Variometer The LX9070 is a high end vario navigation system with extremely ..