EW Avionics
EW has been making electronic barographs and flight recorders in the U.K. since the early 1990s.

EW microRecorder News August, 2009
The EW microRecorder has been an extremely popular GPS flight recorder. Its small size, built-in battery, extremely simple operation and low price have guaranteed its success. However, as with all new high-tech soaring instruments, there have been a few quality issues and bugs which are being worked out over time. Below is a list of recent improvements to the product.

New - Engine Noise Level recording now included free of charge in all units.  If you bought an EW microRecorder from me that does not have the ENL enabled, just send me an e-mail with the serial number and I'll send you a free enable code that you can enter in to the EW-USER.TXT file.

I imagine that this option will be popular in 2 scenarios.

Suction Cup Mounts for use with the microRecorder

Tips
Logging Interval When Sending Data to a PDA
When using an EW microRecorder with a PDA, EW recommends in the manual that the logging interval be set to 1 second.  That way it will send both GPS altitude and pressure altitude to the PDA every second.  When it is set to more than 1 second, SeeYou Mobile alternates between using the GPS altitude from the $GPGGA data sentence every second and the pressure altitude from the $PGRMZ sentence at every logging interval.  They are bound to be different which will cause SeeYou to think the glider is jumping up or down and then back at every logging interval.

Battery Level Indication
I have received quite a few complaints from customers stating that the battery does not last very long in flight.  I am convinced that this is mainly due to the fact that the EW incorrectly reports that the battery is full immediately after you take it off the charger - even if it is not nearly fully charged.  So please don't believe the 4 red blinks that indicate that the battery is full - at least not just after having the unit on the charger.  The correct way to use the red light to ascertain the battery voltage is to turn the unit on for about 15 minutes, then press the ON button and watch the blinking lights.  The other misconception is the amount of time required for a full charge.  To charge the unit fully using a USB cable connected to a PC is about 12 to 24 hours.  The issue is that people charge the unit for 2 hours and then immediately press the power button to check the battery voltage.  They then think the battery is full and go fly.  The unit then quits working after only an hour or 2.  So..... Be sure to charge the unit for 12 to 24 hours.  Then turn the unit on for about 15 minutes before checking the battery voltage.

Resetting the Unit
From time to time I get calls from customers with units that have locked-up and won't turn off.  That is easy to fix.  Simply obtain an Ethernet cable (RJ45) and strip back and twist together the brown and brown/white wires.  Then put the cable into the unit for 1 second.  The unit will turn off.  Then turn it on using the on button and it should work fine.

Power-Up Without SD Installed
If the unit doesn't turn on because an SD card is not installed, or it does not recognize the SD card, keep pressing the power button and it will power-up in about 5 to 10 seconds - ignoring the SD card.

Declaration Format
The EW microRecorder manual is not very clear on the format for coordinates in task declarations.  Below is an example declaration that was created by SeeYou Mobile: 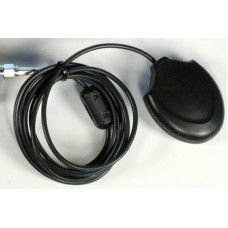 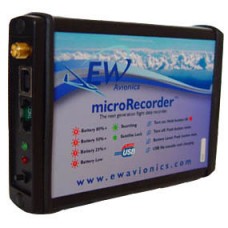 microRecorder IGC Approved Flight RecorderI no longer stock these units.  After the release of .. 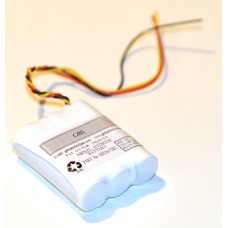