Silent Wings - The American Glider Pilots of WWII
DVD, Format: NTSC (Region 0, so it can be viewed in any country)
Duration: 113 minutes, Released in 2007
Dolby® Digital 5.1 Surround Sound and Dolby® Digital 2.0
16:9 aspect ratio enhanced for widescreen TV
Closed-Captioned
Color and Black and White

From the early race to build gliders to the D-Day invasion at Normandy to Nazi Germany’s final surrender, Silent Wings – The American Glider Pilots of WWII narrated by Hal Holbrook, reveals the critical role gliders played in World War II offensives. Through rare archival footage and photographs, the film places the audience right at the center of the action in the dangerous world of the American glider pilot.

During WWII, 6000 young Americans volunteered to fly large unarmed cargo gliders into battle. These brave men were an eclectic band of misfits. One general called them “the bastards nobody wanted and the most uninhibited individuals ever to wear an American uniform.”

Yet for these glider pilots every mission was do-or-die. It was their task to repeatedly risk their lives landing the men and tools of war deep within enemy-held territory, often in complete darkness, using only a stopwatch to navigate.

They had no motor, no parachutes and no second chances.

"I don't think the 101st Airborne thought that this was a terribly difficult landing, but to me it was a scene from Hell". - Walter Cronkite

There will be an advanced showing of this film at the 2007 Soaring Society of America Convention on Friday, February 9th.

Books on this subject - available from Cumulus Soaring, Inc. 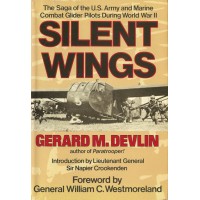 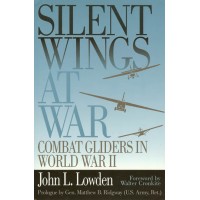