Back Cover Review by Doug Jacobs, World Champion
It's not often in life that you get to go around twice on a great thing, but reviewing Chris Woods' masterfully produced Running on Empty in its new digitally remastered DVD edition is one.  Shot at the 1987 Hitachi Masters of Soaring competition in Estrella, Arizona, the original captured the gleaming essence of high powered sailplane racing as practiced by 20 of the world's best glider pilot who were asked to participate in this by-invitation-only meet.

The in-flight shots have to be seen to be believed, whether we're talking about gaggling or ridge running, and the close-ups of pilots' faces while in flight are deep into the category of "How'd they do that?"  While complex racing strategies and the mechanics of competition are made transparent by Chris Woods' focused vision, he goes one step deeper - effectively exploring the backgrounds, personalities, and motivations of this amazingly diverse group of pilots.

Narrated with great style by the legendary Cliff Robertson, this production easily ranks as one of the finest pieces ever made about motorless aviation.  And for those who've never seen it before? You're in for a treat! 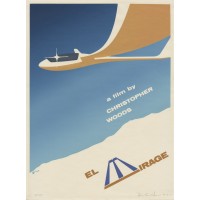 El Mirageby Christopher WoodsDVD, Format: NTSC, Duration: 18 minutes, Released in 1977From the back .. 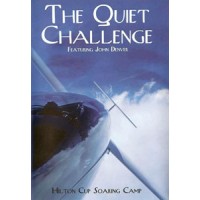