Larsen Base Station Antenna - 5/8 Wave - Cable with BNC Connector Included
This is a very nice base station antenna for use on your truck or RV.  It includes metal clamping straps that can be used to attach it to a vertical rod or bar.  The antenna is tuned to have optimum performance at 123.3 and 123.5 MHz but works well over the entire aviation radio band of 118 to 136 MHz.  It includes an 5 m (16.4 foot) long cable with BNC connector for connection to your handheld aviation radio or base station radio.  The antenna is much longer than the 1/4 antenna and offers better performance.  However, its long length makes it quite flexible.  It is probably the best option when the vehicle it is attached to is standing still, but perhaps not when the vehicle is moving.  The 1/4 antenna is probably the best option for use on a vehicle in motion.

This antenna includes 4 radial antenna rods which act as the ground plane.  No additional ground plane is needed.

The antenna length was optimized using an MFJ-259B from MFJ Enterprises, Incorporated.  It allowed me to quickly measure the antenna's VSWR across a range of frequencies and find the frequency that works the best at the given length.  Below are the test results.  Since this antenna mount includes 4 radials, a ground plane is not needed so testing was done without any ground plane. 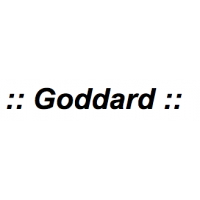