"I was delighted to hear that you are writing a book telling your own story... I am sure it will be an inspiration to others. - His Royal Highness The Prince of Wales

Overview
Dreams can be very powerful. Some may be without substance, even insignificant—but then there are the dreams that deeply impact the very core of your being. Hold fast to these!

An intensely personal account, Hold Fast to Your Dreams is a witness to an ordinary man’s passionate pursuit of his extraordinary dreams that lead him through the clouds of Europe, Asia, and the United States as well as into the back streets of Hong Kong and the halls of Buckingham Palace where he dines with The Queen.

Believing strongly that people’s choices determine their destinies, this high-flying and motivating true-life adventure is full of remarkable achievements as well as disappointments—both creating foundations on which the author builds his exciting life of success and dream fulfilment.

About the Author
George Lee lives with his wife, Maren, on a small farm in Queensland, Australia. He previously flew in the Royal Air Force and for Cathay Pacific Airways. Gliding has been a major part of his life. He and his wife have two children, Sonja and Brian, and three grandchildren, Benjamin, Anna, and Dominic.

Review by Brian Spreckley
This review was written by Brian Spreckley who has won gliding World Championship Gold, Silver and Bronze medals. He was 7 years National Coach for the British Gliding Association before founding a commercial recreational flying operation. Brian is currently Vice President of the International Gliding Commission and very active in the organisation of International competition programmes.

"There is something compelling about looking back on a man’s journey through life particularly those men who have stuck steadfastly to their chosen path and with hard work and good fortune have achieved even more than their early ambitions.

George takes us on his journey from his post war childhood in Ireland to becoming three times World Gliding Champion, an outstanding fast jet pilot, and a Check Captain on 747s to a remote farm in Australia. If, like me, you take exception to the modern tendency of using superlative adjectives and creating drama at every opportunity you will enjoy reading George’s understated but engaging account of his progress through life

George’s book is not a “how to do it manual” for success in life but with a little imagination the reader can discern how application and dedication to each aspect of life is the most likely route to achieving your dreams. There was no privileged start in life for George who was born to a working family in Ireland in the post war years.

Even though the 60’s and 70’s were years of great opportunity and creativity very few people would have thought you could make it from state school educated trainee airman to Phantom pilot, becoming three times World Gliding Champion along the way makes that even more remarkable.

If you were gliding in the 1960’s and 70’s you will recognise the gliding world that George joined, first solo in Grunau and first cross country in an Olympia The experience of pure flight captured George’s imagination like many young people of that era. For those who have come to gliding since the 70’s this book is an introduction to this era of gliding in the UK, a period of great growth and enterprise in the sport.

George’s classic account of his 1971 British distance out and return record flight from Spitalgate in a Libelle was one of the milestones in the transition from wooden to fibreglass gliders.
George takes us from his early days as a contest pilot when success and disappointment were companion experiences highlighting two of the essential qualities required to be a successful contest pilot, tenacity and patience. George relives the important moments in each of his three World Championship wins giving the reader a fascinating insight into the complex nature of competitive gliding. The stress of having to get back to the airfield for a relight may no longer be a part of contest flying but all the other skills are the same and the transition from despair to elation following each day’s result has not changed over the years.

George’s achievement in winning the Open Class World Championships three times created a legend that George did not make mistakes. However his intimate account of the route to winning highlights the disappointments and tribulations that dispel any such myth. If there is a message for future champions in George’s book it is all about determination and attention to detail.

George comprehensively describes his RAF flying career from his first Chipmunk flights to operational action as a Phantom pilot during the Cold War, intercepting Russian bombers and practising the skills of dogfights in a fast jet. His account outlines in detail the professionalism required and how much hard work and self-discipline was necessary to make the grade in this elite environment.

It is obvious from George’s story that his life was dedicated to aviation and achieving so much in the aviation world would leave little time for any other interests, but his accounts of bird watching, fishing and his interest in nature are further evidence of the sensitive reflective qualities required to be a great pilot.

Regardless of any interest in aviation George’s story leaves a deep impression of a man not only fortunate enough to find and marry his true soul mate but wise enough to maintain the relationship and dedicate time to his family and his beliefs which are both of great importance to him.

This Autobiography is another remarkable achievement in a remarkable life and a worthwhile read for anyone with an interest in people and their lives." 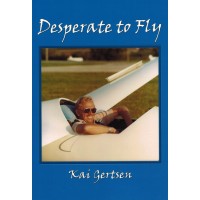 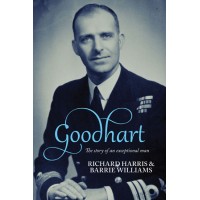 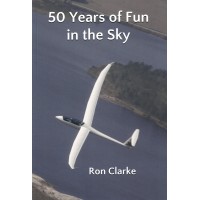