Overview
This fantastic historical document is a daily chronicle of the events that transpired on the mountain slopes of Sisemol and Catz during the First International Gliding Competition in 1924. The event was organized by the National Air League and sponsored by the newspaper "La Gazzetta dello Sport". It also includes the written reports from German pilots Arthur Martens and Fritz Papenmeyer, who were (together with university students from Pavia) - the true performers of the competition.

It includes writings from several different perspectives, based on different cultures and experiences. The Italians, for instance, were experiencing motor-less flight for the first time, while the German pilots had the advantage of several years of experience with gliders. In addition, the Germans gliders were technically much more advanced and had already participated in other gliding competitions at the Rhön.

A true live chronicle - from which have emerged curious anecdotes, such as the gliders sent via railway by the German pilots and held hostage by the customs in Verona for many days. Included also is the story of the mule"Matricola" which, after consuming his ration of hay and being secured near the glider "Condor", began gnawing the wing-tip of the glider. This and many other stories are retold, making the development of the first international gliding competition in Asiago most enjoyable and interesting reading.

All this is the result of meticulous research carried out by the author, who in addition to describing in detail each day of the competition, has enriched the book with 90 vintage photos and drawings of gliders masterfully executed by Vincent Cockett and watercolors designed by Werner Meier. A fun and interesting read. A book not to be missed!

Vintage Photos
The vintage photos alone are worth the price of the book. They are fantastic! They are sharp and detailed and really transport the reader back 90 years to this historic international soaring event. Any fan of vintage soaring will love seeing the gliders, automobiles, clothing worn, buildings, craters from WWI, etc.

3-View Glider Drawings
Vincent Cockett's scale 3-view line art drawings of many of the gliders at the event will be appreciated by gliding enthusiasts and builders of scale model gliders. They are nicely detailed and pretty enough to frame and display.

About the Author
The author, Vincenzo Pedrielli, was born on the 27th of February, 1941, in Carpi (Modena). He is married and has two sons. Today he lives in Desio, in the green land of Brianza.

At the age of 14 he built his first flying model glider. In Milan, after he had finished his studies, he cultivated his hobby and attended meetings on vintage gliders all over the world. The model builder also became a passenger in two-seat gliders. For several years he attended international meetings and even became a promoter of such events.

Today he writes for newspapers and aviation magazines.

His book "Italian Vintage Sailplanes" about Italian classic gliders is a definitive book dedicated to all modelers, aviation enthusiasts and pilots.

Review by Paul Remde
I love books about vintage gliding - about the people and gliders which shaped our sport - about the difficulties and risks taken by daring glider pilots - true explorers. This book captures a unique event in gliding history. It describes the frustrations and successes and the lessons learned. I particularly love the photos, the 3-view line art glider drawings, and the technical details about the gliders. The photos allow you to see the excitement and boldness of the pioneers involved. Every fan of vintage gliding will enjoy this wonderful book. Like all books from the publisher Klaus Fey at Eqip - the book is extremely well put together - a very high quality book.

Following Vinzezo Pedrielli’s two previous books- ‘Asiago: la nascita del volo a vela in Italia - The Start of Gliding in Italy' (2002) and – ‘Alianti Italiani d’Epoca - Italian Vintage Sailplanes’ (2011), With the book and old dream of the author has been realized, disclosing to the world’s gliding community how Italian gliding movement started. His first book dealt with the same topic, however it was a private publication and is not widely known.

It is a unique story of how the first gliders in the country were born. In many other countries there were groups of enthusiastic youth already experimenting with gliders, built their own initative, and had come together to learn from each other and exchange the experiences.

In Italy’s case such groups were non-existent, so the National Aero League, which was sponsored by a newspaper, aimed to stir up interest for this new sport. Selecting a supposedly suitable location for gliding, they announced an Italian Gliding competition, inviting German pilots as well. The location, Mount Sisemol, proved to be a very good choice however, as some German pilots were even contemplating that it might be a better site for soaring the Wasserkuppe! The story is presented on a day-to-day basis giving detailed descriptions of the flights, the gliders, the pilots, events and incidents, including frustrating as well as humorous ones. The competition regulations, the list of registered participants, as well as final results, are also presented. Participant’s reports are also included, and come from likes of Franco Segre of Italy, H. Reinhardt, Fritz Papenmeyer and Arthur Martens of Germany, all of which, help to complete the story.

These remarkable day-to-day events are based on the contemporary journalist reports of Spartaco Trevisan, and it is  illustrated with the excellent photos of the contemporary photographer, Domenico Bonomo, Who meticulously documented the event. The description of the gliders are supplemented with excellent 3- view drawings of Vincent Cockett, well known for his excellent scale- soaring website

The result of persistent research conducted by the author over a long period, now this first event in Italian gliding history is documented with an enviable collection of contemporary and outstanding material.

The book is a new path for the author, and is presented in the same format of his two previous books, which aim  to make information readily available for non-Italian speaking enthusiasts and are published with text in more and one language. In this case he provides us with three languages; Italian, German and English, which can only be an advantage in adding to the appeal of the book.

The Layout of the three language text is such that the Italian and the German text is arranges in a two column format, with related pictures and drawings inserted. The English text also follows a similar arrangement, which serves well with most of the text for the more typical chapters, as the test to the photos are relatively short. In dealing with the longer participant reports however, It can be a bit bothersome having to turn back the pages form English text to Italian-German texts to find the related pictures.

Unfortunately the name of one of the report’s authors, Arthur Martens, is missing for the German and English title of this report, notwithstanding however, these are but only, minor details.

The cover page, the high quality of the printing and the eye-catching colour background of the paper, all help in making this a very attractive book indeed. 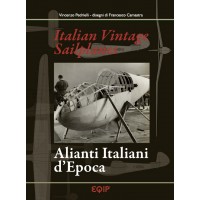 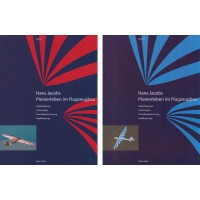 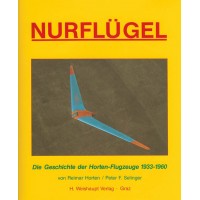 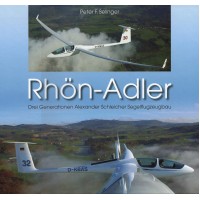 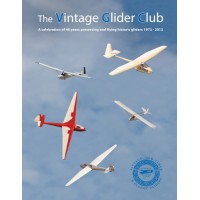 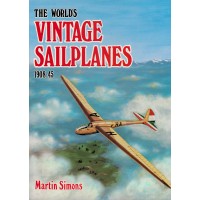