Need to Know Information
The batteries on this page are called "sealed lead-acid" (SLA) batteries.  They are commonly incorrectly referred to as "gel-cell" batteries.

12 V vs. 14 V
There have been many discussions on the rec.aviation.soaring newsgroup in regard to whether it is better to use a 14V or 12V system in a glider.  Those in favor of 14V systems seem to like the extra power - especially for aircraft radios which can have degraded performance as the voltage drops.  I, however, am not a fan of 14V systems.  I prefer to install 2  12V batteries in my gliders.  I switch to the backup battery if the first one gets low.  The downside to using a 14V system is that it is difficult to balance the batteries.  Putting a 12V and 2V in series will get you to 14V, but charging them while connected in series seldom works well.  Ideally you should balance the batteries so that they have the same Ah (Amp x hour) rating.  For example, I sell a 2V battery (for anyone that insists on using them) that is a 6 Ah battery.  The Ah rating is close to the 7 Ah battery I sell, but not quite the same.  Charging the 12V, 7 Ah battery and the 2V, 6 Ah battery in series with a 14 V charger may work OK, but the battery with the smaller Ah rating will die prematurely.  If you use 2 of the 2V, 6 Ah batteries in parallel (giving 2V and 12 Ah) and put the combination in series with a large 12V, 12 Ah battery, it may work OK, but it is likely that one battery will get the majority of the charger's current and die prematurely.  I am not an expert on batteries, but I have seen this problem first hand.  In my case the 2 Ah batteries died in less than a single soaring season.  They were then pulling down the 12V battery.  Therefore I strongly recommend 12V systems.  The other disadvantage of using 14V systems is that 14V chargers are less common and therefore more expensive.  I don't offer any.

Charging Rates and Times
A standard overnight recharge is normally recommended for typical lead-acid batteries.  This is based on a C/10 charge rate.  (C=Ah capacity of your battery).  For example.  The recommended charge rate for a 7 Ah battery is 700 mA.  Battery manufacturers publish maximum in rush rates for their batteries.

If a faster recharge time is required, the following formulas can be used to determine either the correct charge rate or the time required to recharge your battery to 90% of capacity.  The Ah rating of the battery x 1.2  divided by the charging circuit max current, equals the amount of time (in hours) required to recharge the battery to 90%. These times are based on a fully discharged battery.  For 100% recharging, add 3 hours "float" time to the charging time.  If the battery is only partially discharged, the recharge time will be shorter.

The rule of thumb is approximate however and battery data from the manufacturer is the best way to determine the maximum charge rate for a given battery.

Storage
It is best to keep sealed-lead acid batteries charging when not in use.  If it sits on the shelf for many months without charging it may be damaged. 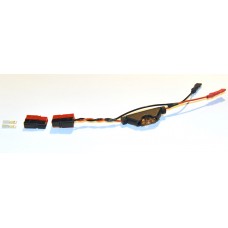 Battery Harness with Inline Fuse and Anderson Powerpole Connectors - with lugs for NB2 nut and bolt .. 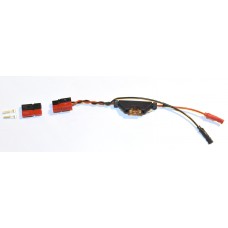 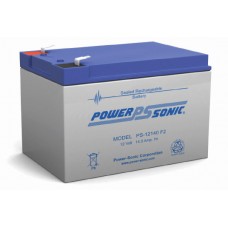 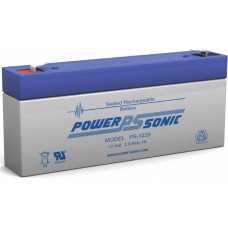 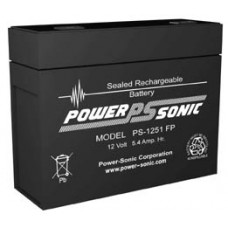 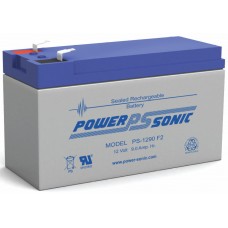 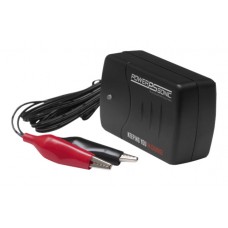