Review in "The Aeronautical Journal" from July, 2009 by Howard Torode, Chairman of the British Gliding Association Technical Committee

A very complete and thorough "bible" on sailplane design for students and designers.  Please take a look at the Table of Contents for a complete list of the many subjects covered.  It is similar in concept to the book "Fundamentals of Sailplane Design", but (according to the author) this book takes the idea farther and includes practical design examples.

Changes in this 2nd Edition

Note on International Shipping Charges
This is a very heavy book (2 pounds, 3 oz.) and is therefore expensive to ship outside the USA.  I often do ship it to customers outside the USA, but please be aware that the shipping charge will likely be $30 to $40 depending on the destination.  Shipping within the USA is not expensive at all (~$7) because I ship using US Media Mail rates.

Overview from the Author
The book is written with technical language but is addressed to the aviation and gliding lovers with pragmatism - enabling them really to design a flying machine.  A person with a technical background reading the book can really start drafting and calculating a glider.  A mass of information is given together with the calculation examples showing "how to do it".  Ancient Romans say "generalia non ledent" i.e. "if you talk generally of principles you don't compromise yourself".  This book is the opposite: I am specific and I show how to calculate or find further information, giving suggestions also.  I have specific experience having designed several gliders as you will see in the photos and computer generated images.

I have always loved gliders from my youth and I went to study in Torino at the Politecnico (Institute of Technology) because there it was operating a sort of Akaflieg: the CVT.  At the time they were building the “Strale” and I arrived in Torino in 1957.  I met a student who showed me a book written by Stelio Frati (the designer of the Falco built still now as a kit in USA) titled ”L’aliante” (The glider).  At the time to design a glider was relatively easy. RAI (Registro Aeronautico Italiano) first and BVS after, were the followed rules for the design of gliders. I was impressed by the straightforwardness and pragmatism of the book and this inspired me in writing my future books.

In 1997, forty years after, I published a book in Italian language “Il progetto dell’aliante moderno” or Modern Glider Design, followed by another book “Il progetto dell’aereo leggero” or Light Aircraft design.  The latter has reached the second edition meanwhile of the first have been sold about 3000 copies.  People are more interested in small, possibly very quick and difficult to handle airplanes than in glider requiring brain and knowledge to fly them instead of big engines and propellers.  It is an emotional preference.

In the year 2000 I wrote an enlarged and implemented version of my first book, this time in the English language, but for several reasons I did not proceed to publish the book, and the main one was that my English is not very good.  At the SAS in November 2005 I met Prof. Maughmer and the revision and the correction of the book restarted - meanwhile I was following other projects.

Mr Macchione, editor of an historical book, ”Alianti Italiani”, written by myself supported me for the printing of the book and, having stopped other activities, from the 15th of July 2006 I am working on the book revision.  Maughmer corrected three Chapters meanwhile Anna Azzolari Ronalds made a first general correction and Roger Hurley - in England - corrected my English in all the Calculation Examples and Chapter 12.  At about the 15th of September, 2006 we hope to have the book printed.

So far for the history of the book but Sailplane Builder readers wants to know more about the book content.  My friend, Stelio Frati, writing the foreword of my book dedicated to the light aircraft design was impressed by the pragmatism of this book.  The same spirit has been transferred in “Sailplane Design”.
My aim is to show “how” to design a glider to amateurs and students mainly.  Many times, after having had a look at the content of some books you can find at airshows, I bought them just because I like airplanes.  The purpose of this book is to provide elements and show the way to follow to design a glider.  Theory is supported with concrete examples inside the Chapters and the Calculation Examples support the reader in the theory application.  A short review of the chapters content better illustrate what above said.

I hope to have been capable to transmit in simplicity the concepts.  The book is illustrated by graphs and diagrams.  ”Generalia non ledent” use to say the ancient Romans (general concepts do not touch anybody) meanwhile I have been specific trying to show what we talking about.

Many photos have been added. They where shot at the DG open day held this year in Germany by Adolf Wilsch and sent to me trough our common friend Peter Selinger.

The scope is always the same: show through photos how construction details are made.

What has been written is the result of an experience still leaved on my skin trough the commercial and technical action I am still doing for the sale of the single seater “Rondine” and for the construction of the prototype of the two-seater Rondone.  Moulds of the latter should be under construction by the end of the year.

I hope to have been able to illustrate, shortly the book content.

Review from the December 2007 Edition of Sailplane and Gliding
This excellent book is squarely aimed at engineering students and practicing glider and light aircraft designers, and provides a very thorough summary of all practical aspects of sailplane design from initial conceptual design through to detailed aerodynamic, performance, loads, stability and structural strength calculations.  The author, Vittorio Pajno, is the designer of the V1/2 Rondine sailplane and many calculation examples in the book use the Rondine as their basis.  An understanding of mathematics and engineering is required to get the most from the book but even the keen non-engineer glider pilot will learn much from studying the text and diagrams in its 466 pages.  Perhaps what marks this book out from others in the field is the practical information provided, such as, for example, the allowable stresses for different composite materials and laminating methods provided in chapter 2, summarizing Vittorio's own design experiences alongside data derived from academic journals and the German Akafliegs.  The end of the book also has many calculation examples covering 24 design subjects over 86 pages showing the student and designer how to do it rather than just leaving the reader with a generic equation to deal with.

A detailed description of airworthiness requirements for gliders, CS-22, is provided along with a description of the certification process itself.  A typical list of design loadcases is included, running to 117 cases, illustrating to the reader the degree of detail necessary in properly stressing a glider to meet CS-22 requirements.

A note is included stating that over 350 loadcases were investigated for an Akaflieg Braunschweig two-seater glider project so whilst the loadcase list in the book is not comprehensive, it does give the reader a good feel for the size of the design task in hand.

Chapter 11 of the book also contains a good section on static and dynamic tests made for certification of a sailplane, describing the test facilities required, testing procedure and typical testing rig setup for structural strength testing of the wings and tailplane of a glider.

Much of the content of the book is clearly derived from Vittorio's personal experiences during design and testing of the V1/2 Rondine and it would have been interesting to see photos and descriptions of structural failures discovered during certification testing, which are often unexpected and therefore of interest. A chapter with examples of design details - for example, differing approaches to designing automatic elevator connections - would have also been a useful addition for aspiring designers; having said this, though, there are some excellent pictures of DG gliders in production showing much interior detail of a modern sailplane.

I heartily recommend this book to anyone interested in the design, testing and construction of modern sailplanes and light aircraft; it has much to offer.
Afandi Darlington

Afandi is a glider pilot who flies at Lasham (U.K.).  He is a graduate of Imperial College London and is an aircraft designer, having worked on the design of the A340-600 and A380 airliners at Airbus.  He is currently Technical Director at Farnborough Aircraft Corporation and Chief Designer of the Kestrel single-engine turboprop business aircraft.

The Glider (L'Aliante)Author:  Stelio Frati128 pagesPublished in 1946 in Italian, Translated to.. 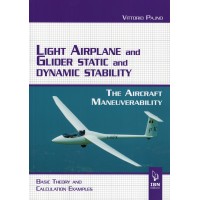 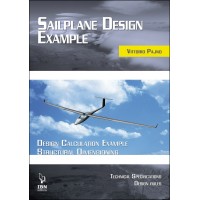 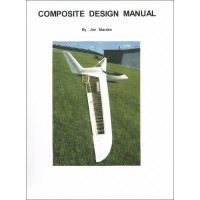