Fly with master soaring pilot Terry Delore as he speeds along the giant wave of rising air above the towering peaks of the Andes mountains in Argentina, battles for survival in a thunderstorm above his home town of Christchurch in New Zealand, and glides between the craggy cliffs of a deep gorge at night, guided by the lights of cars on the winding road below.

Master of the Wave is a full-on, thrill-a-minute, account of Delore's many adventures as he develops into one of the finest glider pilots on the planet. He was only 17-years-old when he became New Zealand's first world hang gliding champion. The New Zealand gliding ace then switched to highly sophisticated sailplanes, and has since broken 26 world gliding records, 10 of them in a remarkable partnership with world-famous American adventurer Steve Fossett.

New Zealander Terry Delore is one of the finest soaring pilots of all time. In sheer natural ability, he has no equals. At the last count, he had broken 26 world records in a variety of sailplanes, setting new standards which rival pilots can only admire. Delore first hit the international headlines when he came from nowhere to win the 1976 world hang gliding championship in Austria. He was only 17. Since the inevitable move to flying the more sophisticated sailplanes, he has won eight national gliding championships, represented New Zealand at the world gliding championships four times, and continued to push back the barriers of soaring flight. When he flew 2049.44 km along New Zealand's Southern Alps in November 1994, it was the longest soaring flight ever achieved. This also earned him gliding immortality as the first to break the 2000 km barrier in a 15 m single-seat sailplane. The international gliding community recognized this by presenting him the sport's most prized award, the Lilienthal Medal. His distance stood as the outright record for some years, but it has now been extended to 3009 km by a German soaring rival. It is Terry Delore's ambition to regain his record. Because of the relatively small land-mass of New Zealand, gliding more than 3000 km was always going to be difficult. His focus switched to Argentina, and the massive wave which rolls off the towering Andes mountain range. In a partnership made in gliding heaven, he teamed up with American adventurer Steve Fossett, already famous as the first man to circumnavigate the world solo in a balloon. Since joining forces, they have broken 10 world records, most of them in Argentina. They were the first to complete a 1500 km triangle in a glider. Their crowning glory, however, was the epic flight of 2198 km from El Calafate in the south of Argentina to San Juan in the north in 2004. That is the longest soaring flight in a direct line ever made.  This book offers a rare insight in to the incredibly detailed preparation essential for world record attempts.  It also highlights the tremendous courage and incredible seat-of-the-pants flying skills of a soaring pilot who is very much a Master of the Wave.

Rod Dew is one of New Zealand's most experienced sports journalists. early retirement from The Press newspaper in 2003 provided him with the opportunity to work in tandem on two book projects - both about New Zealand world record-breakers, but in vastly different fields. Master of the Wave started out as a series of independent magazine articles, before it became obvious that there was the material here for an outstanding book on soaring. During his time at The Press, Rod Dew filled a number of key editorial positions, including those of deputy chief reporter, illustrations editor (14 years), sports editor (seven years), and sports editorial manager (six years). His work in sports journalism has been recognised many times. One of his national awards was for outstanding journalism for his coverage of the 1974 Commonwealth Games in Christchurch. More recently, rod Dew was Athletics New Zealand's 2003 "Media Person of the Year". The year before that he was Canterbury Soccer's "Media Person of the Year". In 2004, he was presented with a special plaque by the Canterbury Motorcycle Speedway Club for services to the sport. He is the author of "The Ronnie Moore Story", a book featuring New Zealand's first world motorcycle speedway champion. These days, his personal sporting interest is gliding. He is a qualified glider pilot, and his most prized possession is a sleek 17m-wingspan Phoebus C sailplane.

Master of the Wave 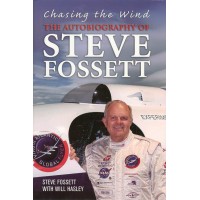