Overview
This is a very interesting little book - in many ways.  It starts with a nice history of Otto Lilienthal's contributions to aviation and goes on to describe the FAI (Fédération Aéronautique Internationale) award bearing his name.  It then describes the first time the medal was awarded to someone in the Czech Republic - to Hana Zejdová.  The reason I stated that the book was interesting in many ways is that many aspects of the book make it interesting to just about any pilot - especially any glider pilot.  I learned a lot from the book, and I was inspired by the book.  I learned a lot about Otto Lilienthal and other award winning legends of aviation.  I learned much about the many amazing accomplishments of Hana Zejdová.  I was inspired by how Hana has overcome many challenges and discrimination and earned more world records than anyone else in aviation history (man or woman) - a total of 57 world records to date.  I enjoyed reading about Hana's success as a soaring contest pilot, and her amazing record setting adventures in Australia.  I also found here plans for the future equally intriguing.  The ICADA Project has among its goals to fly a glider across the Atlantic Ocean and even around the world.

This book should be appealing to every glider pilot, young and old, male and female.  It should be especially appealing to women.  It is a story of a woman overcoming many obstacles and achieving greatness.

Excellent Photography
Along with her obvious drive to set world records in sailplanes, Hana has a passion for photography.  The book is filled with many wonderful photos taken on her soaring adventures.  These are very high quality images!  You can see a few examples at right.  All the photos at right are in the book (without the copyright watermarks).  As someone who enjoys taking photos of sailplanes, I have become a fan of her soaring photos.  You can see a collection of her glider photos here:
http://picasaweb.google.com/diana2.szd56.2.vh.vhz/GlidingPictures#

About the Author
The book was written by Hana's father, Vladislav Zejda.  He obviously loves his daughter very much and has done much to support her love of aviation.  He is also a soaring world record holder and accomplished soaring contest pilot.  Below is the text from the "A word about the author" page of the book.

Vladislav Zejda (1934) began to fly in Brno at Medlánky airfield in 1951, first Czechoslovak World record holder in gliding, Champion of Czechoslovakia and France from 1957, successful member of the national team in the 50's.  During the period of "normalization" after 1968 was not admitted to the national team.  As an instructor, he trained dozens of pilots who became successful sportsmen, transport and military pilots.  After 1989, as an old-pensioner, organizes trips to Australia and takes part in preparation of gliding expeditions that have broken many gliding records for the Czech Republic.  Thanks to him, Kangaroo expeditions and the Icada project have international significance.

"I thoroughly enjoyed reading this book, an inspiring and entertaining account of Hana Zejdova’s stellar achievements in soaring -- she holds 57 world records to date! --and the hardships she overcame on her path to greatness. Readers will learn of her struggles and sacrifices along the way, and her ongoing dedication to the sport of soaring. Accompanying the narrative are many scenic photographs taken by Hana."

Personal Note
When Hana approached me with the idea of selling this book in the USA, I remembered that she and I had both been soaring in Tocumwal, Australia at the same time (December, 1996).  I don't think I met her (I'm sure I would remember if I did), but I was there while she was there on one of her record setting adventures.  I was in Australia on a 2 week business trip.  I had 1 day set aside for soaring so I decided to make the most of it.  I reserved a Nimbus 4DM sailplane and Ingo Renner as my instructor.  I had a wonderful 5 hour flight with Ingo that day - covering hundreds of kilometers just below cloudbase at 8,000 feet in the wonderful Nimbus.  I learned a lot that day from Ingo, and I had a ball.  I remember that at some point in the day Ingo said I should be sure to meet Hana.  He said that she was an amazing woman setting many world records.  It was clear that she had impressed the 4-time world soaring champion Ingo Renner.  I now regret that we did not meet at that time.  I hope we will in the future.

Notes on Hana from the FAI web site

Ms. Hana Zejdova, born in 1962, is a Czech citizen and a member of the Aero Club of the Czech Republic, and has flown more than 4,000 flying hours and over 150,000 km as a glider pilot. She won the title of European Women's Gliding Champion in 1993 in 15m, broke more than 225 national gliding records in both general and women's categories). Between 1997 and 1999 she broke more than 50 world gliding records (in both categories). In addition, Hana Zejdova holds the FAI Gold Gliding Badge with three diamonds as well as the 1,000 km FAI Glider Flight Diploma and the Pelagia Majewska Gliding Medal. 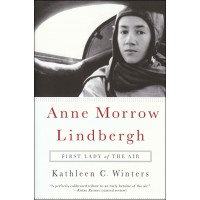