Overview
New in Version 5.1 - Google Earth View Within StrePla
StrePla and pocket*StrePla are extremely powerful software programs for soaring pilots.  StrePla for the PC can be used for pre-flight route planning and post flight analysis and replay.  pocket*StrePla for the Pocket PC is for use in flight and includes detailed moving maps, final glide information, and real-time task optimization.  See the overview of unique features below or go to StrePla or pocket*StrePla pages for complete details.  The Maps page gives a detailed overview of the wide variety of digital maps available in StrePla and pocket*StrePla.

Version 5.1 features a very cool new view.  A Google Earth view is opened within StrePla.  It is very interesting flying through your flights over the extremely detailed maps available in Google Earth.  You can't view the glider from outside the cockpit, but it is extremely cool to be able to see the runway, airport buildings and other details. It really "takes you back" and makes re-living the flight a 3D reality.

Unique Features - StrePla
I believe all the features below are unique to StrePla.  Please correct me if I am wrong.

StrePla Mailing List/Discussion Group
Due to requests by customers, I have created a StrePla User's Group on Yahoo.  It is an automated e-mail list/discussion group for users of StrePla and pocket*StrePla.  New members must be approved by me, so junk e-mail should not be a problem.  If you prefer you can use it as a discussion group such that you will not receive any e-mails, but will need to go to the web site to check for new messages.  To use it as a discussion group you must change your preferences so that you don't receive e-mails.  I will still maintain my own separate StrePla e-mail list of all customers.  This new group is an optional way for users to help each other with technical questions and to discuss ideas for new features for StrePla or pocket*StrePla.  The group is open to current StrePla or pocket*StrePla users or people who are interested in learning more before buying.  http://groups.yahoo.com/group/strepla/

Cumulus Soaring, Inc. Email Newsletter
If you prefer not to receive e-mails from other StrePla users but do want to learn about new software releases, please sign-up now for the free Cumulus Soaring, Inc. Email Newsletter by clicking on the link below.  The newsletter will provide timely information on new soaring products and services, new software version releases, special offers, and soaring news from around the world.  You can select from several e-mail lists - including a StrePla & pocket*StrePla User's list.  I am using a very reputable e-mail marketing service called Constant Contact, so your data will be safe, and you can opt out at any time.  I promise to limit the frequency of the newsletters to a maximum of 1 or 2 each month (probably less).

New USA Airport Data File
There is a new US airport data file available on the Worldwide Soaring Turnpoint Exchange.  It includes all the public and private airports in the USA.  The data comes from files provided by the F.A.A. and the data is very accurate and current.  You can access the data file here:
http://soaringweb.org/TP/FAA/
To open the file follow the steps below.

Try it for 30 Days - Free
Try StrePla for 30 days free of charge.  The installation download includes a demo version of pocket*StrePla.  For more information please see the Downloads page.

What does the product name "StePla" stand for?
"StrePla" is short for the German phrase "Streckenflug Planung" which means "planning of cross country flights".  StrePla is developed in Germany where it enjoys a strong market lead over competitive products. 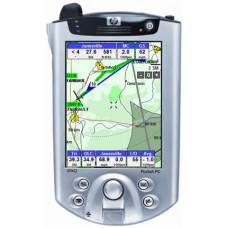 pocket*StrePla for Pocket PC - Software LicenseAll the maps that can be displayed in StreP..

Upgrade pocket*StrePla to the latest versionThis upgrade entitles you to free upgrades for one .. 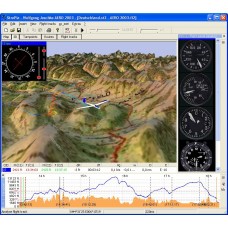 StrePla for PC- Software LicenseStandard version for desktop and laptop computers,  All DC..

Discounted price for customers that purchase the upgrade to the latest version of StrePla ..

Discounted price for customers that purchase the upgrade to the latest version of StrePla .. 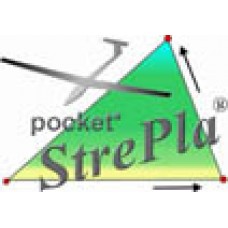 Program CDs with StrePla, pocket*StrePla, and DCW Vector MapsAll the files on this CD may be do..

US Sectional Aeronautical Charts on 2 CDsAll the files on these 2 CDs may be downloaded using the Ma.. 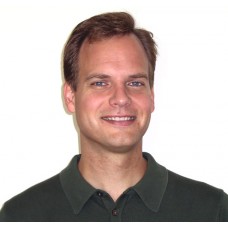 Support Over the Phone or Web With Free Web Conferencing - One-on-one - Very Pop..